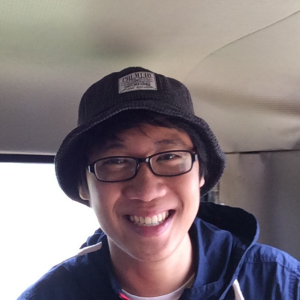 Several weeks ago, we were approached by the founding member of Vietnam Is Awesome (VIA) who was seeking expertise for a new logo design. VIA is a highly active online community for both expats and tourists in Vietnam – connecting foreigners and locals together with positive stories, photos and videos.

Philip, the founder, had some wonderful visions for what he needed from the logo, and because of this he was an absolute pleasure to have as a client. However, logo design is no easy task. Although the end result in logo design is often a very simple image, that does not mean that the design process reflects this simplicity! In fact, it often indicates the opposite. It took our team of designers almost 2 weeks of continuous work to finally reach the end design that both we, and VIA were satisfied with.

While our design work in the background was ongoing, the communication with the client involved three main stages during the creation process. When we had 4 provisional logo concepts we were ready for our first presentation with the client. Immediately we were able to eliminate one option, so we took the remaining three designs and went back to the workshop.

The three designs were reworked slightly based on Philip’s guidelines, and once we felt the redesigned versions were polished enough we brought them back for our second presentation. Philip not only gave his own critiques, but also at this point turned to the VIA community itself for suggestions. The input was overwhelming!

We listened, and provided further suggestions to help the client to feel like they were always an integral part of the design process and on the same page as us. By the time we reached our third and final presentation we were able to agree on the ultimate design.

Our goal was to achieve a fresh look for VIA while still maintaining their existing brand identity. Inspired by a magazine logo style, our designers were striving to give it that sort of ‘iconic’ feel. Drawing reference from the Vietnamese flag, the red and yellow color palette was a natural choice. The yellow star, which is maybe the most iconic image associated with Vietnam, was redesigned so that it is incorporated into the lettering of the word ‘Vietnam’, and when stands alone is a combination of the letters ‘VIA’.

Logo and branding design is such an important aspect of creating and maintaining brand awareness. VIA’s online audience is well over 20,000 unique members and growing daily, so we were more than happy to be able to help these guys share their message through our design work.

Ready to take your business to next level?​